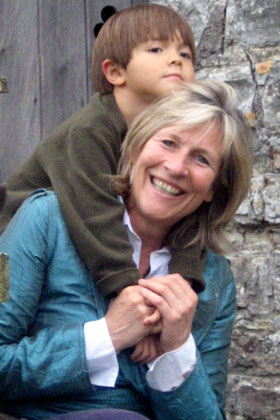 Elke von Linde
(born 1953, lives close to Munich) "From art history to heart history" Put in a nutshell, this was my path to filmmaking. . First I was intrigued by the wisdom of Indigenous People, then by the wisdom of children and young people all over the world. The film "The White Road" enabled me to go into close contact and communicate with many people. Looking back, I find this to be the most important part of the project. This second time is a matter of the heart again, in "PART TIME KINGS" I interacted with young people all over the planet, encouraging them to voice their dreams and plant a seed ... for a joint venture towards “creating the Future on our own.”". Taking responsibility and cooperating in circles, which are open for everyone to start where they can, and do their best. 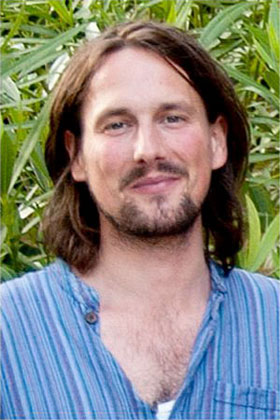 Georg Michael Fischer
After three years of training as a professional photographer, Georg M. Fischer in 2001 joined the Bavarian Academy of Television and Film’s cutting department. After this, he was a cutter for Tango Film Ltd. Having contributed various magazine articles, features, travelling and other documentaries; he has been working as a freelance cutter in and around Munich since 2006. Parallel to his ongoing work on commercials and movies, doing documentaries came to be his favourite. Surfing all the film footage, Georg applied his intense sensitivity in connecting the images and creating a touching movie in a way only a true artist can achieve. Thus, he succeeded in joining the “FLOW” which brought about the result.

Dedicated to my children - Astrid & Armin

My special thanks go to all the children and young people who I was allowed to listen to and who shared their inner most wisdom, their dreams and visions.
Thanks to all people who helped creating PART-TIME-KINGS with their inspiration, initiative, contribution and professional work. I am grateful that this movie as well as future social projects can come into the world now.
Elke von Linde

We use cookies on our website. Some of them are essential for the operation of the site, while others help us to improve this site and the user experience (tracking cookies). You can decide for yourself whether you want to allow cookies or not. Please note that if you reject them, you may not be able to use all the functionalities of the site.